Susan's "I am Oneinforty" Story

I am one in forty. I grew up as part of an extended Ashkenazi Jewish family near Boston. But there is something unusual about my family…almost all of the women on my paternal side have been diagnosed with breast cancer, most of them at relatively young ages. My grandmother Sarah, for whom I am named, was diagnosed in her early 60s and passed away at 64. My father’s only sister was diagnosed in her 40s and then later with cancer on the opposite breast at age 50, which quickly resulted in her death. Within the next few decades, members of two more generations of our family, including myself, would be diagnosed with and treated for breast cancer. The youngest member of my family was only 30 years old when she found out that she too had breast cancer, just like her grandmother and great-grandmother. In fact, of my grandmother’s female descendants, only two (my sister and her daughter) would be spared.

Like many of our grandparents and great-grandparents in the American Jewish community, my grandmother was an immigrant from Eastern Europe who left her parents behind as a young woman to make a better life in America. And like most Jewish families, we know nothing about either the health or cause of death of her parents and other ancestors who never left Europe.

By the time I turned 50 in January of 2009, I knew that three of my paternal cousins had tested positive for one of the Ashkenazi “founder” BRCA1 mutations and it was assumed that Bubbe Sarah had passed the mutation on to at least one of her three children (my aunt) who then passed it on further. We would later discover that she passed it on to my father as well. I had avoided being tested for what seemed to be logical reasons at the time. I’m pretty sure that I figured I was going to be diagnosed at some point so there was no real benefit in being tested. The truth is, I didn’t have the information I needed to make informed decisions about my health. 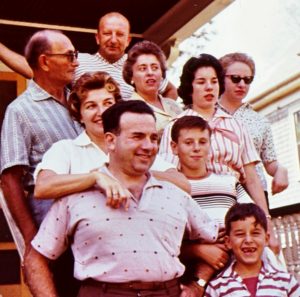 Four months after congratulating myself on having made it to age 50 without breast cancer, I discovered a lump on my left breast. Within a matter of a few weeks, I underwent a biopsy, received a diagnosis of invasive breast cancer, had genetic counseling and testing, received confirmation that I inherited the same BRCA1 mutation as my cousins and had a lumpectomy and lymph node removal. After ten months of treatment including chemotherapy and radiation, it was time to remove my ovaries and fallopian tubes. I had few concerns about this procedure as I was beyond child-bearing age and had already experienced chemo-induced menopause. In addition, since we weren’t aware of any woman in my family having been diagnosed with any form of gynecological cancer, it never occurred to me that the doctors might find cancer in the tissue that was removed. But once again, I was wrong. A microscopic cancerous lesion was found on one fallopian tube. But here’s the most important thing: while being aware of my BRCA1 positive status did not prevent me from being diagnosed with ovarian/fallopian cancer, it did allow me to avoid what almost certainly would have evolved into to advanced ovarian cancer. Fortunately, the cancer was detected so early that no chemotherapy or radiation was required.

My story doesn’t end with my cancer diagnoses and treatment. Because my story is my family’s story. In 2012, my paternal first cousin was diagnosed with Stage 3 triple negative breast cancer after having been treated in the opposite breast for DCIS several years before. As it had when it took her mother’s life forty years earlier, breast cancer didn’t just strike once, it struck twice. My cousin had been my rock, my caretaker and my biggest cheerleader during my own treatment and now she was facing a horrible prognosis. Despite everything I thought I knew, it was a shock to me to learn that two of my dear family members had breast cancer in both breasts. This caused me to finally move forward with a bilateral mastectomy, something my medical team had convinced me to put on the back burner after my fallopian cancer diagnosis. On the fourth anniversary of my original biopsy, I spent 15 hours on the operating table having a bilateral mastectomy with immediate DIEP reconstruction. I was not about to repeat my family’s history of contralateral breast cancer. Tragically, BRCA1-related breast cancer took the life of my cousin who passed away just one year after my mastectomy. 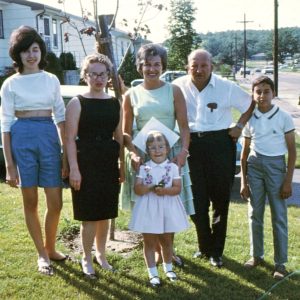 All of these experiences–not just my own but those of my family members–have caused me to become an advocate for people at elevated risk for cancer. For the past five years, I have volunteered for FORCE: Facing Our Risk of Cancer Empowered in a number of different roles. I am choosing to share my story now with Oneinforty because I want to encourage members of the extended Jewish “family” to get the information they need to make informed decisions about their health. If I can help just one person to avoid a cancer diagnosis by publishing my story or by becoming a Oneinforty ambassador, I will have achieved my goal.